Once I was fat: Part two

This is a follow-up to my 3 part series about my fat loss transformation.

So, it was not just the playing out, parting too much that woke me up.
What really made me rethink my place in this crazy world was something much darker and sinister.

My mom got lung Cancer. I am very close with my mother. She had me when she was just 14 years old. We kinda grew up together you might say. She is the most sweet, beautiful creature under the stars to me and without her and my grandmother growing up, I would have been an entirely different man. They showed me compassion, love… so many things when all everyone else was showing me was violence and betrayal. Difficult to put into words our bond. Suffice to say, I was devastated.

I never understood what people meant by “nervous breakdown” but I think I came really close to losing my mind for a while there. On top of that, my only brother is severely disabled, has been since birth and has always been a huge part of my life and always will be.

All these things came together (and a few others that are beyond the scope of this blog) to wake me up. To make me realize how I was throwing away my gift of a potentially healthy human body and mind.

I starting learning all I could about nutrition, fitness, athletics, naturopathy, nutraceuticals… many things. I was determined to help my mother and brother as much as I could and get my self into world-class shape, inside and out.

I read stacks of books over the next years, totally changed the way I view health and the world. Read for 12 hours a day at times. Once you really begin to get a handle on how the mass market food industry works it can make your stomach turn.

I quickly realized that so many of the commonly held beliefs about what is healthy are total nonsense. We are the most obese nation the world has ever seen and the sickest! We have the most vast resources of health care and spend the most on health care in the world. Everywhere you look there are hospitals, cancer clinics… All the while being the richest nation on the planet.

It made no sense.

There are many tales to tell that I experienced in my Journey. I kept detailed log books the whole time, tracked my progress to the fraction of an inch. Tried every diet I could get my hands on. One thing I tell you I learned…

Along the way I made friends with many people in the fitness and nutrition industry, some of them at the highest level. Some of whom had figured out some of the same things I had. It’s almost like its set up to keep you fat and from reaching your goals!

I will tell you of one person in particular I met along the way, someone I have come to call my brother. A kindred spirit for sure and a helluva a guy. He was once fat too! Has a passion for animals and music like myself and got in the highest level of shape and conditioning. On yes, and he happens to be an Olympic Coach…

To be continued in part 3.

Once I was fat: Part one.

Once I was fat.

Not just a few pounds over and not a long time ago, just a few years ago as you can see from the time stamped photo.
It was not pretty nor fun. I could not tie my show laces without losing my breath and sweated constantly.

I was also in DENAIL about it. I was gigging often at the time, playing a lot of music, and no one really mentioned it until this one time…

I was performing at one of the more prestigious music halls in the mid-west, a place where it’s not a bar per-say, anyone that comes there is coming to only see you perform and they expected a good show.

I hired the security, bar, sound crew, promoted the gig, hired the other acts to perform, my family was going to be there… it was a big show for me at the time and took a lot of work.

This one guy who will remain nameless, I hired who I had not seen in a few years came up to me at the bar at sounds check. He as always been a nice guy, professional. He walks up behind me and all I hear was “Hey Sõl! MAAAAAAAAN, YOU GOT FAAAT! WHAT HAPPENED?”

No one had ever talked to me like that, EVER. No one at that point in my whole life had ever called me fat.

It hit me like a ton of bricks! I was speechless. I said nothing and turned the other way.

To be honest about it, I was pissed. Here I hired this guy, put money in his pocket, I am all dressed up nice for the show, feeling confident, and he does that!

But you know what, to this day I am thankful for that moment and to him.

After all, he was right! I was FAT!

To be continued in part: 2 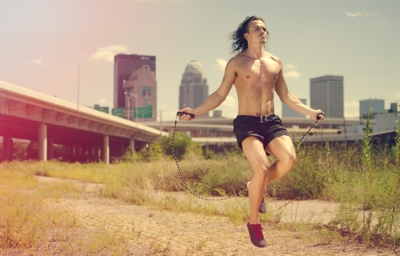 Self-discipline is not meant to keep you tame, but to let you get the most out of life and Keep in touch with lifes purpose. You can transform your life. Not long ago I was 300lbs, sick -fat -depressed. When music touches you; when you train your body, it makes you feel like nothing else. Music and fitness moves us for a reason, its in our DNA: unleash it.